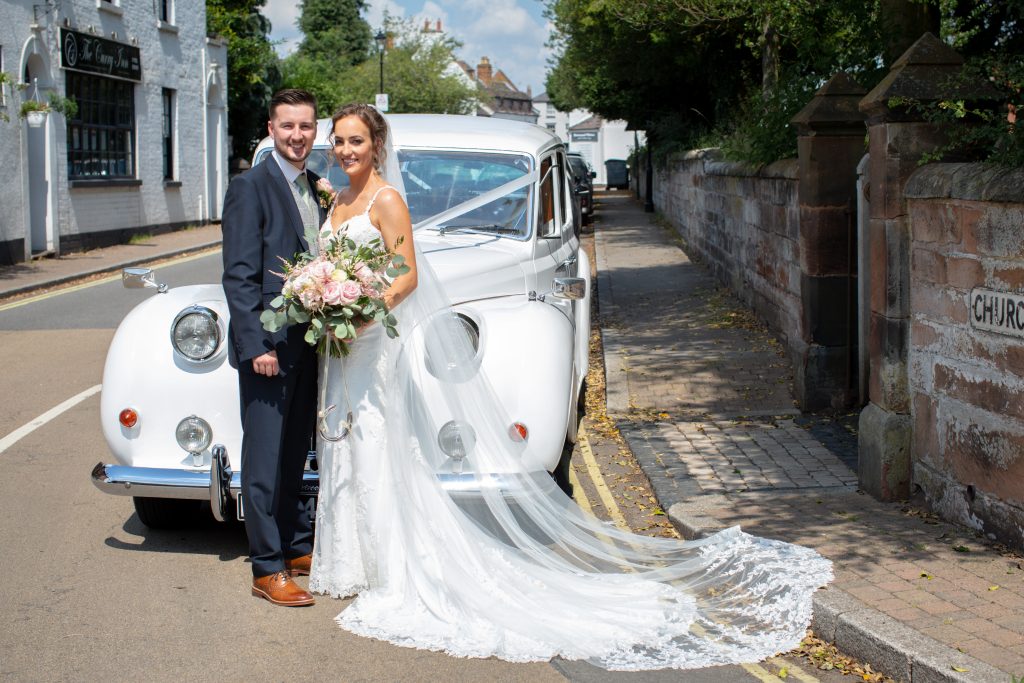 After so many postponements, Sophie was surprised that she didn’t feel at all nervous, just incredibly excited that she was finally getting to marry her best friend. The best part was that all of their friends and family were there to celebrate with them with no restrictions in place. As soon as Sophie stepped into her dress, she knew she never wanted to take it off, despite it being the hottest day of the year! With the heat, Sophie was a little apprehensive that her guests would be uncomfortable, but everyone was just so thrilled to be able to celebrate with them that the heat didn’t matter. They’re so glad they waited, although it caused a lot of work constantly rearranging with suppliers, but they were determined to have the day they had planned in a pre-covid world and it was defiantly worth the wait! Sophie & Perry wish they could do it all over again.

Sophie & Perry met at college in A Level biology, and at 17 Perry asked Sophie to be his girlfriend in one of their free periods under the veranda. He’d been practicing his speech the night before and Sophie could tell he was nervous by his voice… She said yes before he could even get it all out!

Sophie was actually the one who asked Perry to marry her first in September 2019. Knowing that Perry isn’t one for PDA, Sophie hung lots of photos around the house of their time together over the last 9 years, with a question in the middle asking him to marry her. Little did she know, he’d ordered her a customised ring in July that hadn’t yet arrived, so he was a little gutted she’d beaten him to popping the question, but Perry said yes!

From the moment I walked in the door, Amy made me feel welcomed and at ease. Having already looked up my venue, Amy knew exactly what kind of style I wanted and I knew I was in great hands. It really is true what they say – you’ll know when you’ve found “the one”. 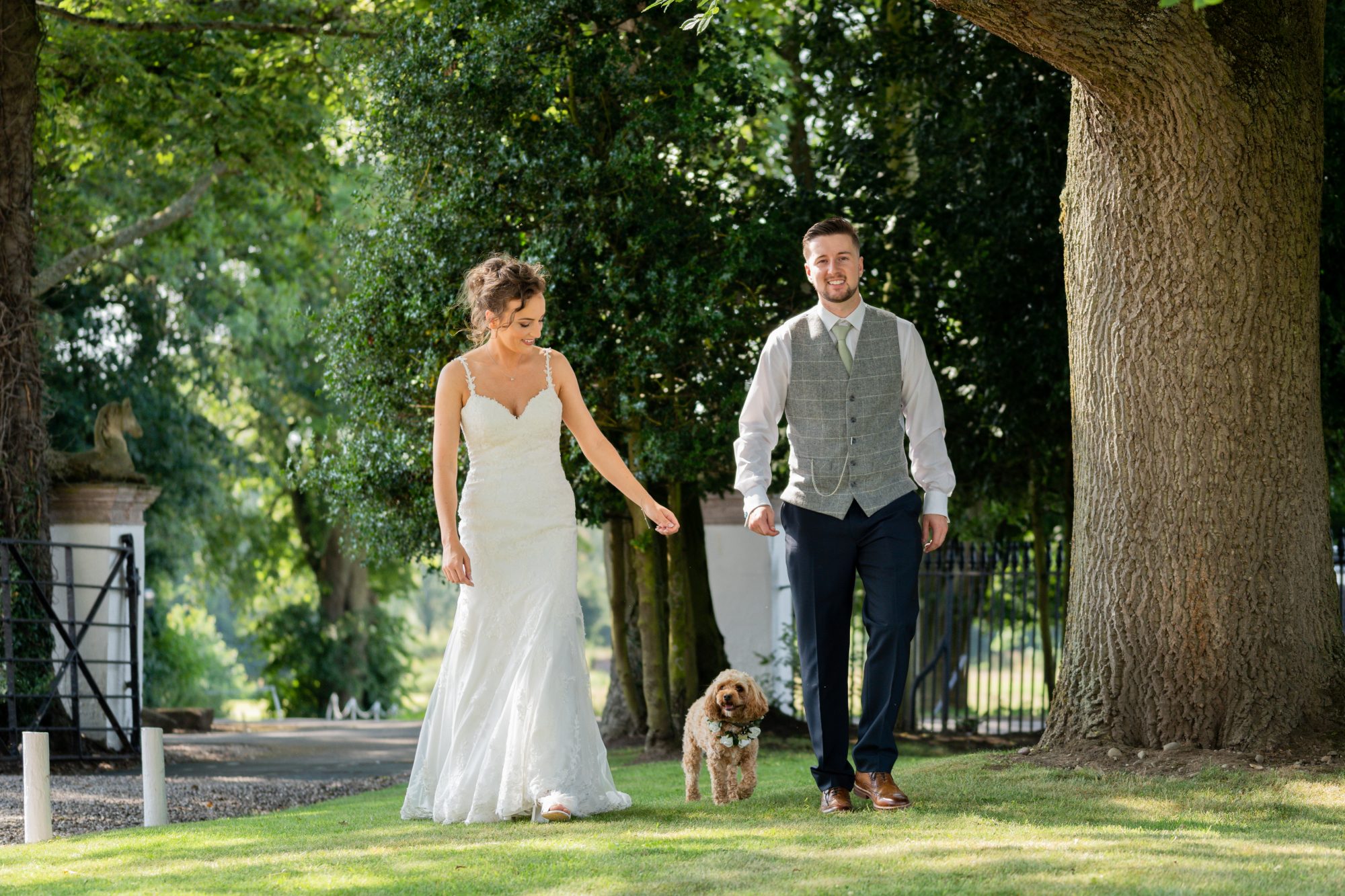 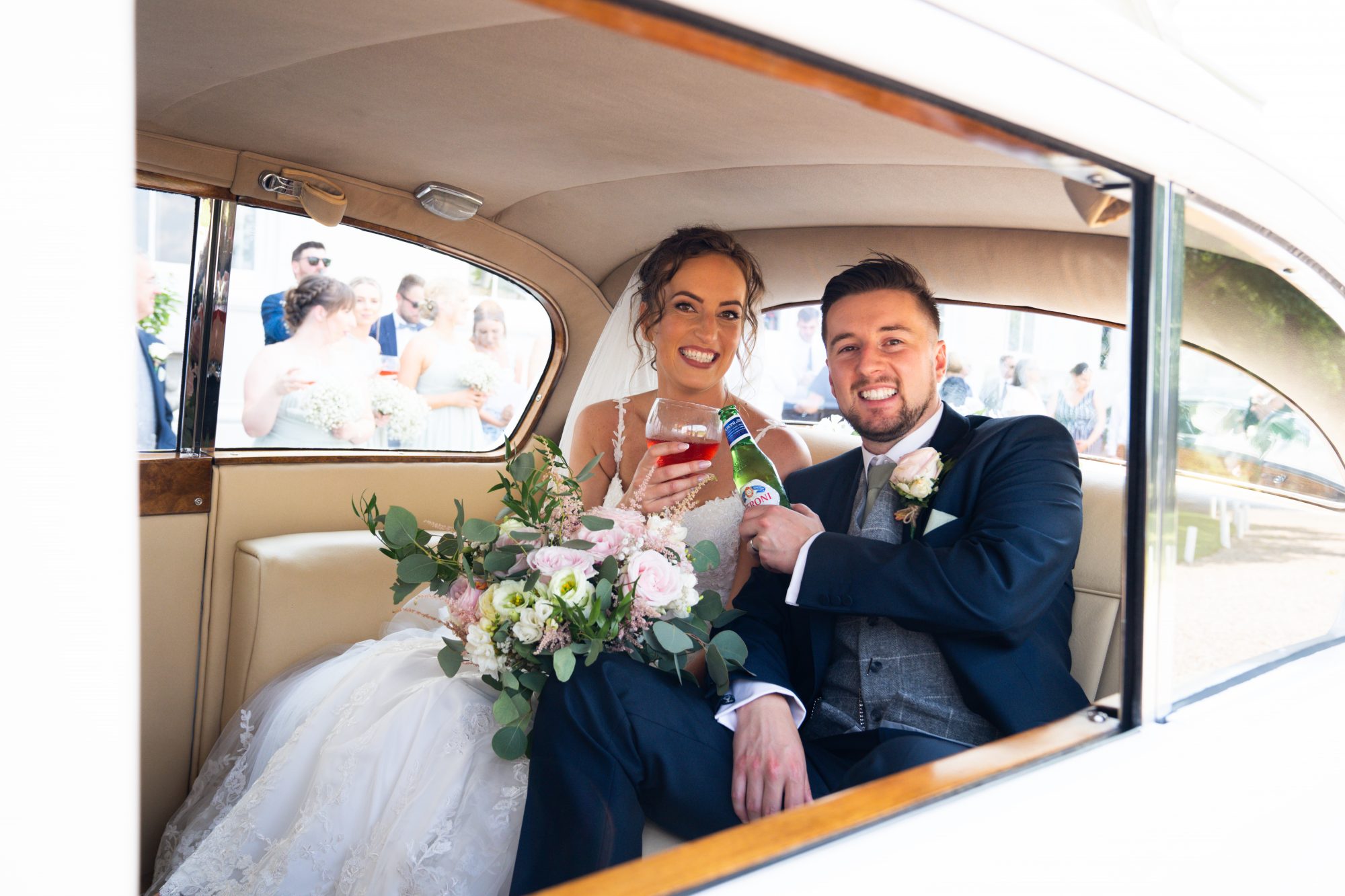 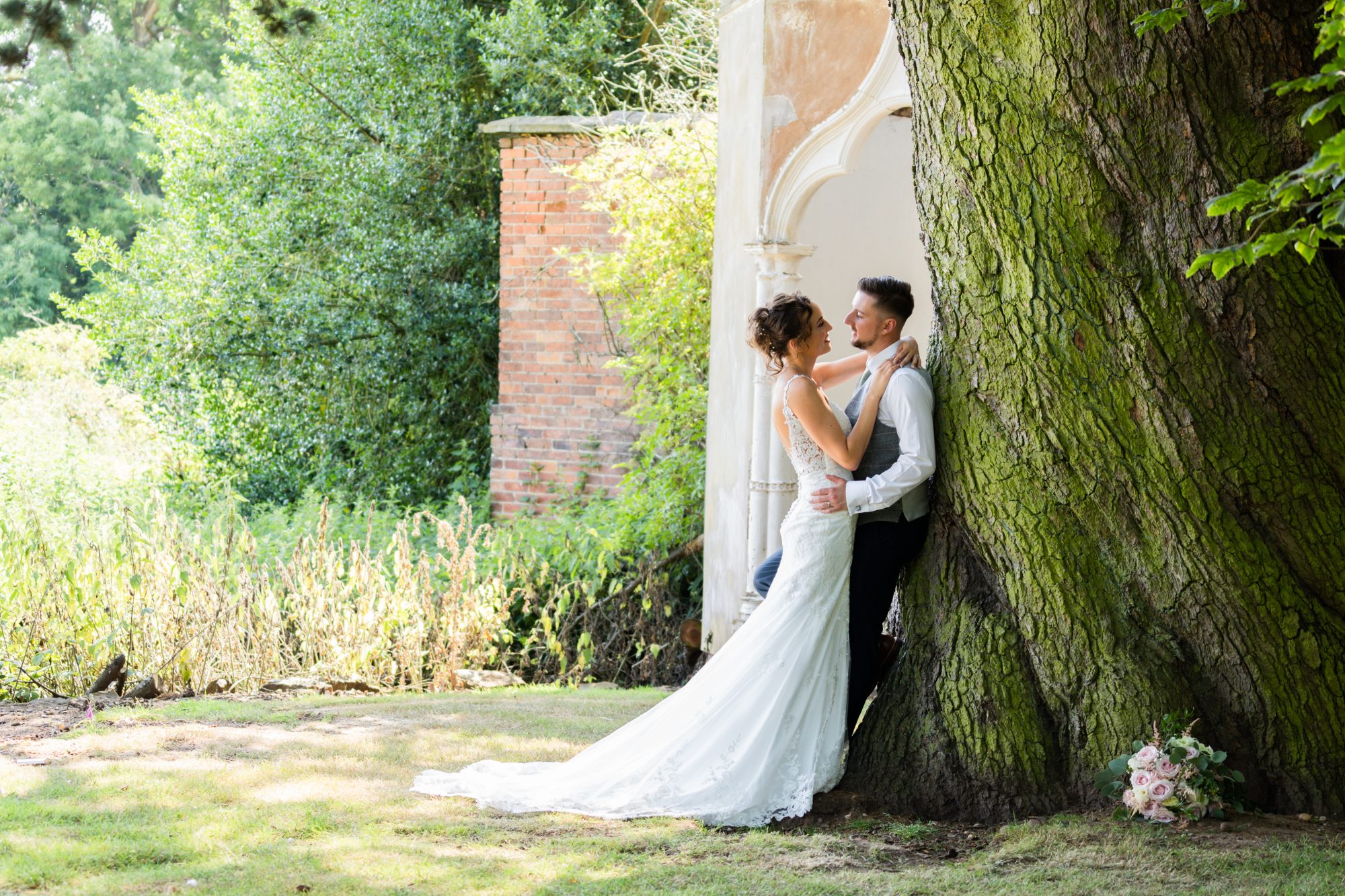 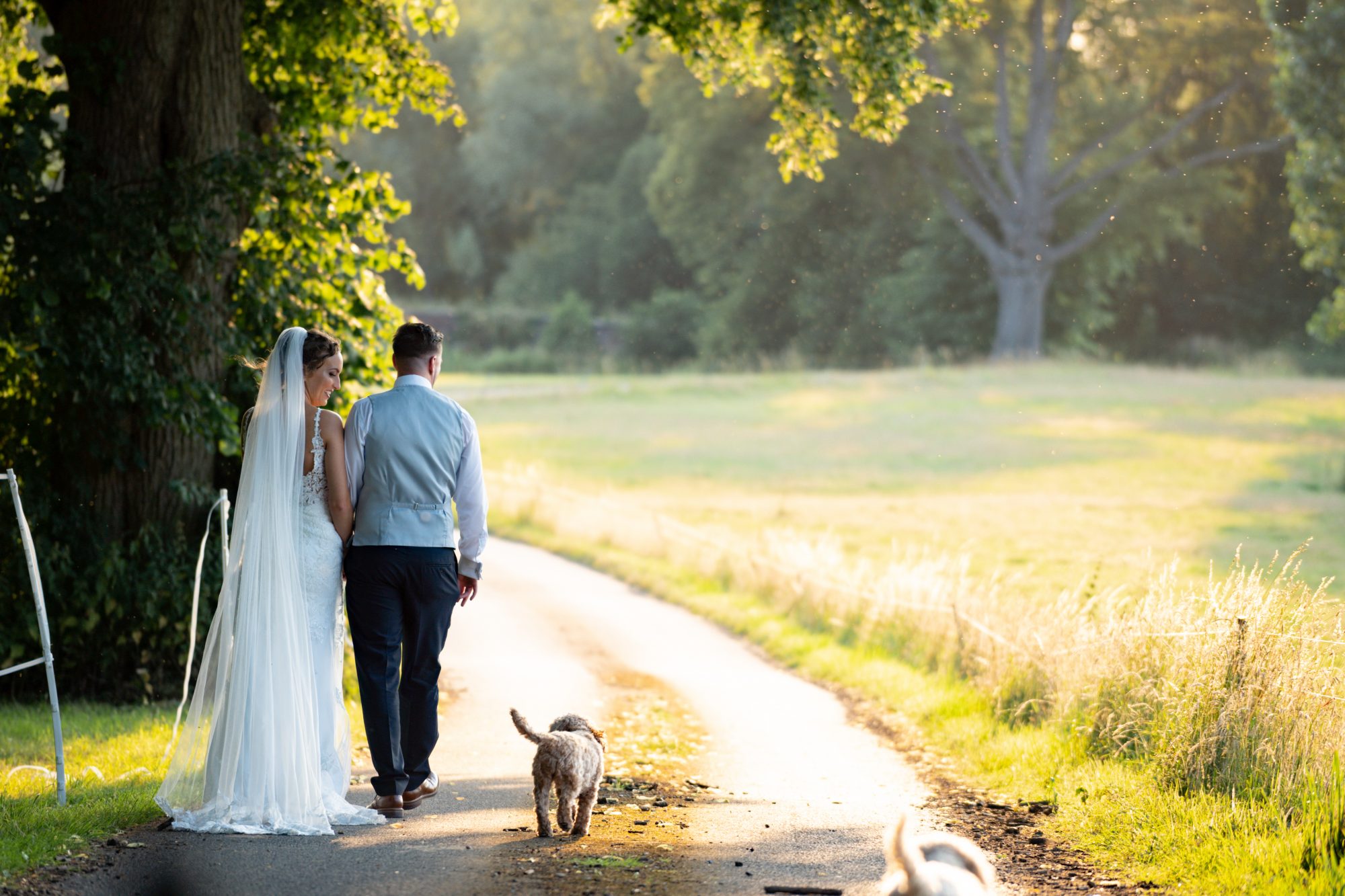 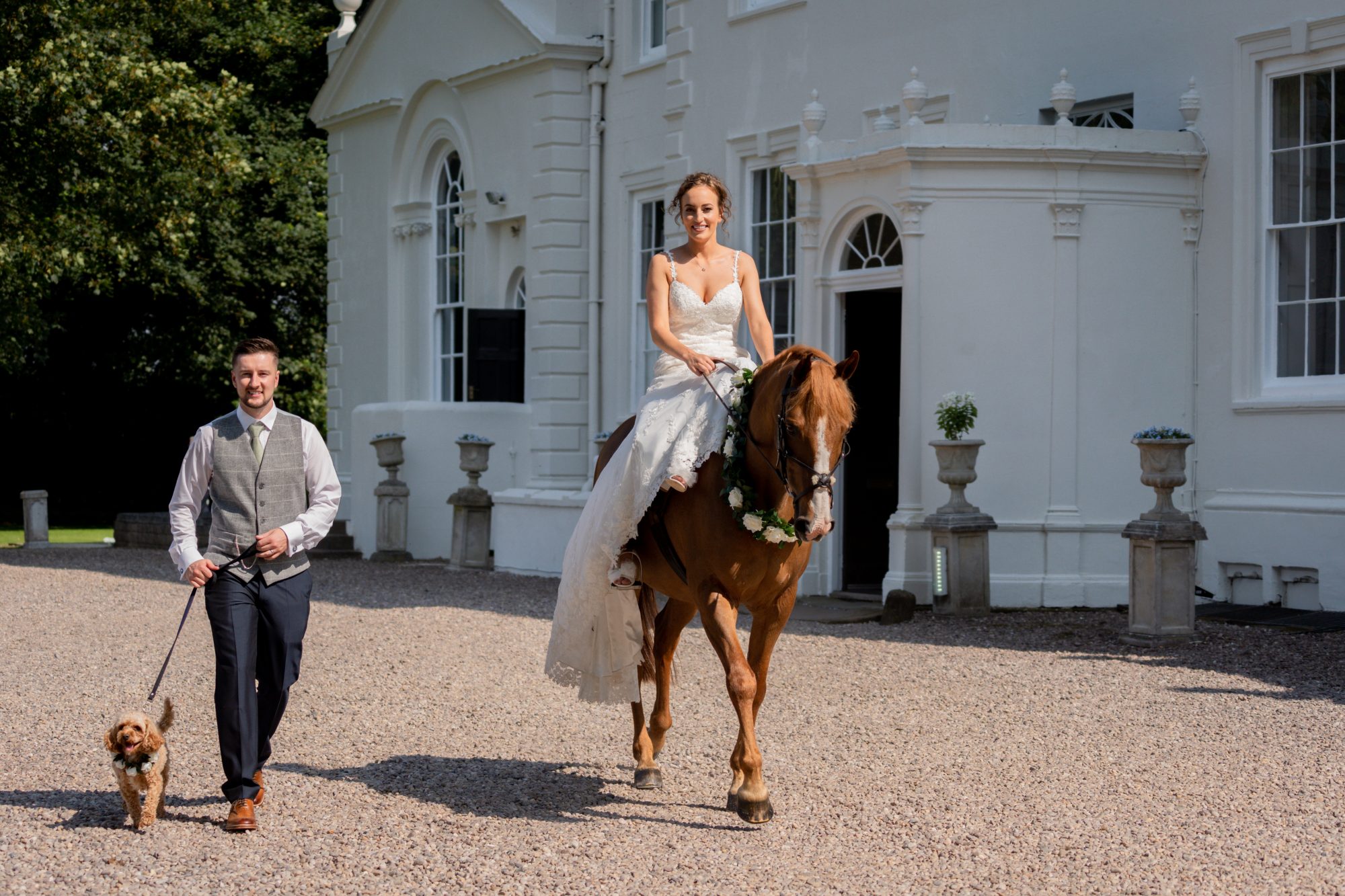 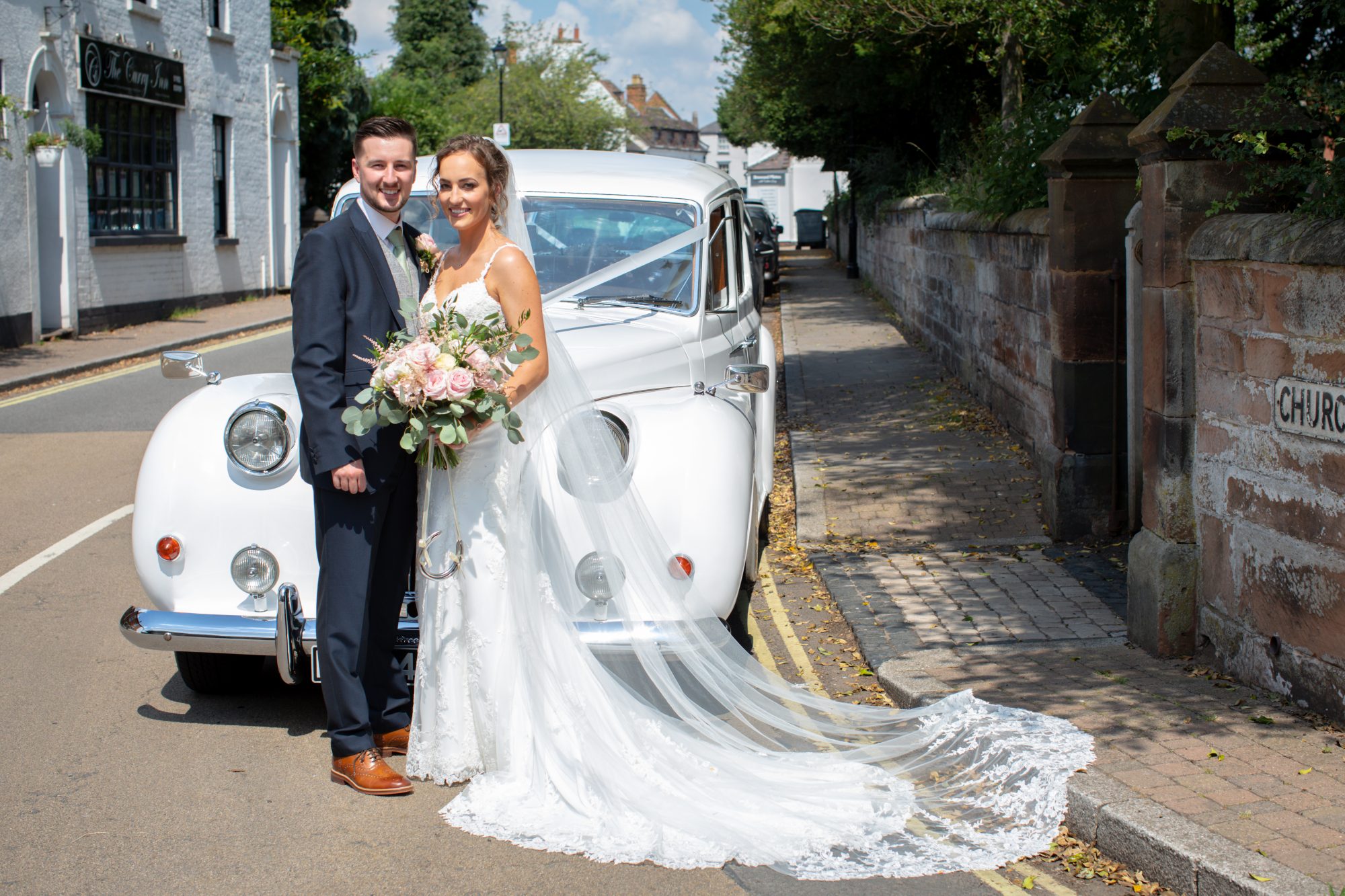 Sophie’s Special Memory of the Day

There are too many to choose, but if I had to pick just one, it would be walking down the aisle and seeing Perry for the first time.

I also loved that we got to have our dog Winnie and my horse Split there celebrating on our day. Seeing Winnie running around the grounds licking ice creams from the guests that they had from the ice cream kart was incredible – she was having the time of her life!

Somerford really were fantastic in allowing us to personalise every aspect of our day, and we are so grateful we got to have our pets there with us – they are family after all!

Enjoy every minute of the build up to your big day. I never really understood the saying that your wedding day goes so fast, but it really does. So take some time on the day with your future husband or wife to look out on all your guests who are there to celebrate with you, as you’ll probably never get everyone together like that again and it really is special.

Our photographer Steve was incredible. He was so patient and kind, we knew we had the right man for the job who could help us capture the perfect moments with our pets on our special day.

Our videographer Jack from Up Close Wedding Productions was amazing. Jack was there all day and we never felt uncomfortable or on camera, in fact Jack was so kind he almost blended in as one of our wedding guests!

Our band, Synergy Live Band. They performed during our ceremony, reception drinks and for our evening reception and all of our guests commented how incredibly talented they were. They really made our day what it was by created the best atmosphere for our guests to enjoy.

Dress Me Pretty and www.dressmepretty.co.uk , 2021. Unauthorised use and/or duplication of this material without express and written permission from this site’s author and/or owner is strictly prohibited. Excerpts and links may be used, provided that full and clear credit is given to Dress Me Pretty and www.dressmepretty.co.uk with appropriate and specific direction to the original content.